Responsible for this content
Lutherweg - Thüringer Tourismus GmbH Verified partner  Explorers Choice
From castles and monasteries on the Luther Trail to Gera, the town of artists and graphic designers.
moderate
22.5 km
6:01 h
306 m
352 m
The preacher at the Parish Church of St Mary in Weida was Johann Gülden, a zealot who Luther warned to be moderate. From this period, one letter remains from Luther to the Protestant priest. Gülden asked Luther to support him in his dispute with the priest of the other Weida church; thanks to Luther’s influence, Gülden won the dispute.

Luther himself preached at the Weida parish church in 1530. In the same year, Luther’s supporters wanted the Protestant faith to be recognised by imperial law. Philipp Melanchthon drew up the Augsburg Confession, which was handed over to Emperor Karl V at the Augsburg Diet.

The most significant site in Weida is Osterburg Castle, which was built between 1163 and 1193, and was the ancestral castle of the ‘Vögte’ (lord protectors).

On 8 September 1193, the Weida Vogt Heinrich II – also known as Heinrich the Rich – funded the Premonstratensian monastery in Mildenfurth. Around 330 years later, the decline of the monastery began due to the influence of Lutheran teachings.

The imposing Church of St. Vitus in Wünschendorf is over 1000 years old; it is unmissable and dominates the landscape. This precious sacral building is the oldest church in the former Vogtland region. Legend has it that the church was initially a castle chapel that was built in 974.

This section of the Luther Trail ends in Gera, the town of Otto Dix. The Reformation arrived in Gera in 1533.

The animal park in Gera is well worth a visit, particularly for younger Luther Trail hikers.

all notes on protected areas

Weida and Gera are connected to the Deutsche Bahn regional train network.

Coming from the A9, take exit 26 (Triptis) and continue on the B2 towards Gera. After Großebersdorf, turn right onto the B175 towards Liebsdorf/Weida.

Please use the carpark at Osterburg castle on Schloßmühlenweg (LINK)

Book recommendations for this region:

Recommended maps for this region:

These suggestions were created automatically.

Would you like to the ask the author a question?

Help others by being the first to add a review. 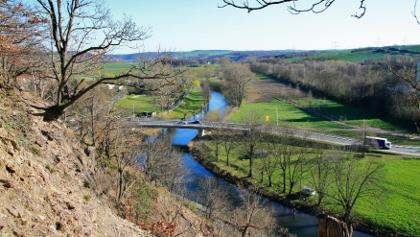 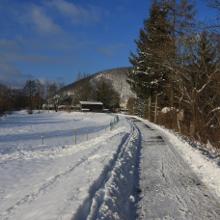 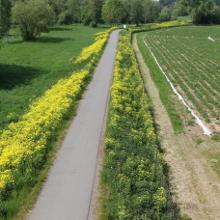 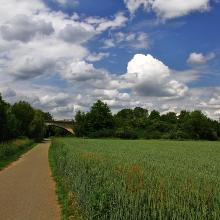